Note: Bill Knowles and Dr. Mark Lindsay will be presenting together for 2-1 hour presentation blocks back-to-back.  Lecture two will be a continuation of the first lecture and NOT the same lecture twice. 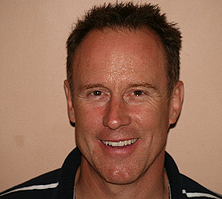 Note: Dr. Mark Lindsay and Bill Knowles will be presenting together for 2-1 hour presentation blocks back-to-back.  Lecture two will be a continuation of the first lecture and NOT the same lecture twice. 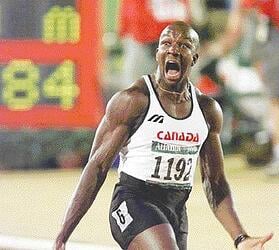 Charlie is a Doctor of Physical Therapy, a Certified Athletic Trainer, and a Certified Strength and Conditioning Specialist.  He was most recently the Director of Physical Performance and Resiliency and Lead Physical Therapist for the United States Marines Corps Special Operations Command in Camp Lejeune, NC.  He is also Director of Clinical Education for the Vibraflex Whole-Body Vibration and Andante Medical, the makers of the SmartStep, mobile force plate.  He graduated from Ursinus College with a degree in Exercise and Sports Science in 1996, and went on to earn an MSPT in 1999 and DPT in 2010 from the University of Medicine and Dentistry of New Jersey.

Prior to returning to his home state of New Jersey in the Fall of 2006 after 12 seasons of professional basketball, he was the Head Strength & Conditioning Coach and Assistant Athletic Trainer for the Philadelphia 76ers in the NBA.   Among the highlights of his tenure in Philadelphia was being part of the medical staff that ranked 1st in the NBA in Player Missed Games in the 2005-06 season.

Through rehabbing patients, he subscribes to a movement-based approach popularized by the works of Dr. Vladimir Janda, Dr. Shirley Sahrmann, Dr. Stuart McGill, and Gray Cook.  In training athletes and clients, he champions the principles of the Functional Movement Screen and sound, evidence-based training principles.  Some of the methodologies Charlie is formally trained in include DNS, ART, Dry Needling, Graston, FMS/SFMA, and the RKC.

Aside from working with patients, athletes and clients, he is also under the bar himself.  In 2007, he achieved AAPF Elite status in the 220 weight class with a total of 1915 pounds. His best powerlifting competition total is 800 squat, 510 bench press and 605 deadlift.

Currently Charlie is training and rehabbing clients of all types at Drive495 in Manhattan, NYC and Fit For Life in Marlboro, NJ.

Charlie lives with his wife, Kristen, and dog, Rumble, in NJ.

Topic: The Sporting Hip and Groin - A Physiotherapists Perspective

He is currently writing up his thesis entitled ‘EMG analysis of the vastus lateralis pre and post inhibitory taping’ for the Master’s Degree in Manual Therapy at the University of Coventry where he also acts as visiting lecturer for their post graduate programmes.  He completed his undergraduate studies at Manchester School of Physiotherapy.

Phil holds a Post-graduate Diploma in Manual Therapy and is a member of the MACP.  He has a special interest in management of hip and groin injuries in elite athletes. 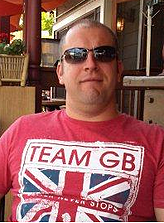 Topic: The Science of Breathing

This lecture begins with the basic principles of breathing during exercise to outlining the most complex physiology mechanisms that the work of breathing undergoes during exercise. Discussing general misconceptions of respiration during exercise to the unravelling of the most uptodate thinking on how and why breathing is a limiting factor.  A discussion on the training methodology on the respiratory muscles and how best to apply it to your sport.

Jon has gained great knowledge in the field of Inspiratory Muscle Training (IMT) and Better Breathing, Respiratory Care i.e. Jon is also actively involved in helping to launch new and innovative ideas into the global Healthcare and Medical sectors, resulting in a significant increased demand to present and demonstrate POWERbreathe IMT and Better Breathing products   to respiratory/pulmonary departments, consultants, doctors, nurses, physiotherapists and medical organisations  in regards to how they should implement Inspiratory Muscle Training and mucus clearance with  POWERbreathe into their COPD and other healthcare programs.

Over the past 22 years HaB has become recognised as the UK’s leading supplier of Innovative, Quality and Category Leading Sports, Fitness and Human Performance Testing, Monitoring and Training equipment and services sourced from around the World. This has also led to Jon gaining extensive experience working with UK’s leading professionals at Universities, Sports Teams for example: the English Institute of Sport, Team GB and England Cricket amd most of the English Premier Soccer Clubs.