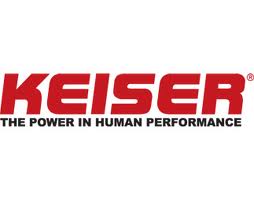 Huntington is rated as a USATF Master Coach - a coach who has guided multiple medalists in multiple Olympics and World Championships - in the jumps, one of only seven in the U.S. He has been the coach for many world-class track and field athletes over the years, including eight Olympians and seven World Championship Team members. Overall, he has coached and consulted 17 Olympians from various sports. Mike Powell and Willie Banks set world records in the long jump and triple jump, respectively, while under his tutelage. Seven of his athletes have been in the U.S. all-time top ten in their respective events.

Willie Banks, who Huntington coached to the 1988 Olympics, broke the world triple jump record with a mark of 58-11 1/2 (17.97m) on June 16, 1985 in Indianapolis, and under Huntington's coaching twice jumped over 18 meters, which is the longest in American history.

In addition to Powell and Banks, Huntington coached Olympians Joe Greene (long jump bronze medal in 1992), Sheila Hudson (American indoor and outdoor record-holder in the triple jump), Al Joyner, Darren Plab, Tony Nai and Sharon Couch. At least one of his athletes has competed in every summer Olympic Games since 1984. Powell, Greene, Hudson, Couch and Nai were all World Championship team members that he coached, along with Kathy Rounds and Kenta Bell.

From April of 2002 to November of 2003, Huntington was USA Track & Field's first ever Sport Science Technical Coordinator. Recently, he was one of three individuals selected for the master dartfish training program at the Olympic Training Center in Colorado Springs. Huntington has also been a head and assistant coach for horizontal jumps for the ARCO Olympic Training Center in Chula Vista, Calif.

Outside of working with USA Track and Field, Huntington served as Director of Sports Performance for the Bellingham Athletic Club and for Gold Medal Management. He also worked as a research coordinator and training specialist for Keiser Sports Health Equipment for seven years, and was responsible for emphasis in strength training for the aging and use of Keiser in training of elite athletes.

Not limited to just track and field, Huntington has trained professional athletes in other sports, notably football. He served as a conditioning and/or speed consultant for several teams including Indianapolis, St. Louis, Miami, Denver, Philadelphia and Cincinnati, and tutored numerous individual players including Trace Armstrong, Terry Kirby, Henry Ellard and Ed McCaffrey. He has worked with college football programs at Florida, Oklahoma and Notre Dame, and instructed athletes such as Kyle Turely and Grant Wistrom at the NFL combine.

Huntington has worked with some of the most famous athletes in the world, including notable performers such as hockey's Wayne Gretzky, baseball's Gary Carter and Rex Hudler and tennis' Michael Chang.

His previous collegiate experience includes a stint as assistant women's track and field coach at Cal-Berkeley from 1984-86, where he went to a program that had no NCAA qualifiers, and promptly had one qualifier his first year and five his second. He graduated from Oregon, where he served as a volunteer assistant coach for the men's track and field team for five seasons from 1978-83. 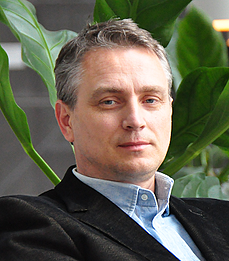 Val Nasedkin, a former decathlete at the national level for the former Soviet Union, is the co-founder and technical director of Omegawave, a pioneering company in the field of functional preparedness and readiness in athletes. He has been a guest lecturer on the principles of training at numerous sport science and physical education universities around the world, and frequently acts as a consultant to Olympic committees, sports federations and national and professional teams for various sports including Dutch Olympic Committee, United States Track and Field Olympic Committee, EPL, Serie A and La Liga teams (Medical Staff), Autonoma University (Barcelona, Spain), Duke University (North Carolina, USA) and University of Calgary (Canadian National Sports Center). 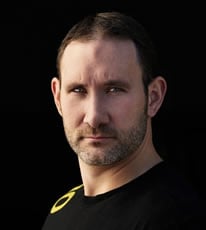 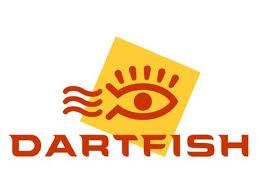 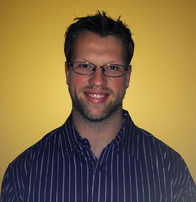 Topic: Repeated Sprint Ability: The metabolic and physiologic response to repeated sprint work and their implications for fatigue.

Ben is currently pursuing his Doctorate in Kinesiology and Exercise Physiology at the University of Minnesota. At the university he helps run the Sport Performance Lab, testing hundreds of athletes annually in sports ranging from cross-country skiing to football. In addition to his time in the lab, Ben helps teach two courses within the kinesiology department; Strength/Power Development and Health and Wellness. His research looks at repeated sprint ability in anaerobic athletes, specifically as it pertains to energy system efficiency and fatigue; looking at central and peripheral causes of decreased force production. His research also looks heavily at power and rate of force development in athletes and its dynamic correspondence and transferability to sport.

Ben is a graduate of Northwestern University where he played football for the Wildcats. He started his career as a performance coach working for the Minnesota Twins in 2008. Over the past five years, Ben’s passion and creativity have allowed him to work with over 100 professional athletes in the NHL, NFL, and MLB; helping them maximize the limits of their athletic potential. More recently, Ben co-Authored the book, Triphasic Training: A systematic approach to elite speed and explosive strength performance that explain the advanced training methods he uses to maximize force development and the scientific principles behind their implementation. When not teaching class or testing in the lab, Ben works as a consultant for Octagon Hockey, spending the NHL off-season working with their athletes in the Minneapolis area.

Kevin Neeld is the President, COO, and Director of Athletic Development at Endeavor. Since joining the team in 2007 as Endeavor’s Director of Athletic Development, Kevin has rapidly established himself as an international authority on athletic development, with a reputation for creatively applying an extensive knowledge in functional anatomy, biomechanics, neural control, and injury prevention to produce superior results for his athletes.

After completing a successful college hockey career at the University of Delaware ('05-'06: MVP; '06-'07: Team Captain, Lifetime Achievement Award, 2nd Team All-American), Kevin served as the Assistant Coach of the University of Massachusetts Amherst Women's Ice Hockey Team and assisted with the implementation of the strength and conditioning program for the UMass Amherst Men's Ice Hockey Team. Recently, Kevin has joined the US Women's National Hockey Team as a Strength and Conditioning Coach, and has been an invited guest to NHL training camps to assist in the testing and training of the players. Kevin continues his work in ice hockey serving as a coach, educator, and program consultant in the sport.

An accomplished author, Kevin has had articles published in Men’s Fitness and many of the top fitness and performance sites, including AskMen.com, StrengthCoach.com, T-Nation.com, EliteFTS.com, and SportsRehabExpert.com. Kevin is the author of Ultimate Hockey Training, a comprehensive resource on long-term player development and year-round off-ice training methods.