The Importance of a Strong Work Capacity both Physically and Mentally 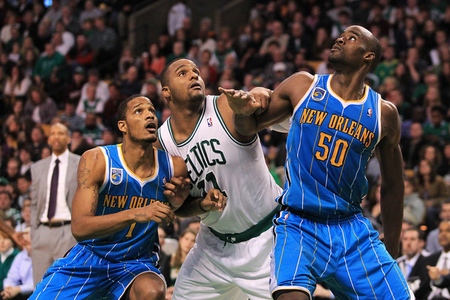 Establishing a work capacity is key to a successful strength & conditioning program.  Given my own experiences and the knowledge I’ve gained from well-respected professionals in the industry, I define work capacity as the ability to complete a large amount of vigorous activity in an allotted amount of time.  Some consider this as simple as building an aerobic base, but I believe there are many more variables that play a role in establishing a work capacity.  The rate of lactate clearance is obviously vital, but the ability to follow directions and make the correct decisions in a fatigued state is equally important.

Too often I see high school basketball coaches administer the two mile conditioning test for their teams rather than high intensity interval tests.  This is one way to encourage your team to build an aerobic base but it will simultaneously take away from the anaerobic athlete by recruiting slow twitch muscle fibers and incorrectly prioritizing energy system development within the sport.  As most strength coaches know, high intensity interval training and/or resistance training would be more beneficial conditioning methods for this sport.

A few years ago, I had the opportunity to work under Art Horne at Northeastern University in Boston, MA.  The methods that I learned from my time with Art have stayed with me and continue to play a large role in how I train my own athletes today.  At Northeastern, Art put the Men’s Basketball Team through a very fast paced movement preparation period that lasted about 25 minutes.  Not only did he push his athletes to complete a large amount of work in a small amount of time, but he made sure their form was on point with vertical tibias during their lunge series, minimal to no rotation during their plank variations and tremendous focus and effort throughout the entire session.

Having learned from Art’s example at Northeastern, I have incorporated his methods into the training of my own Basketball athletes at Athercare Fitness & Rehabilitation Facility in Castro Valley, CA.  In order to boost each athlete’s mental work capacity, I have started using tactics during their group training sessions such as distracting them with blowing air horns, providing four bands for five athletes for problem solving purposes and having each athlete transition to their next station, on time, and in a fatigued state. I believe this type of training will increase the athletes’ abilities to find solutions and allow them to make correct decisions on their own even if they are extremely fatigued.

At the beginning of these training sessions, I start my basketball athletes off with a mobility circuit targeting the big three (ankle, anterior hip and T-spine).  Next, the athletes transition into a ladder series focusing on linear/lateral acceleration and deceleration.  I keep the tempo fast by shifting the players to a bear crawl series in the same space as the ladder work, where the main focus is on anti-rotation at the hips.  Next up is the hip series (gluteus medius/gluteus maximus) where each player grabs a mini band and performs a variety of linear and lateral movements with the band around their ankles or knees.  By this point, the athletes are sufficiently warm and are able to shift right into the next phase which is a lunge series usually with valslides and/or slideboards.  I like to give the players a variety of lunges hitting all planes.  Once they display high quality form, I will give them a dynamax ball to incorporate chopping/lifting, chest presses and shoulder flexion patterns while lunging simultaneously.  Vertical tibias during the lunges are needed to correct their quad dominant movements on the court so it is important not to progress the athlete with the dynamax movements until they can execute a proper lunge!

Once the athletes have completed their movement preparation/prehab period, I then have them begin the lift.  One of the workouts I actively prescribe to increase work capacity is the EDT (escalating density training) workout.  EDT is a method designed by Charles Staley.  His traditional method is to choose two exercises, pick a 10RM weight and perform each exercise for five reps.  The goal is to complete as many sets as possible in an allotted amount of time.  For example, I most recently prescribed my players this EDT Workout:  Lat Pull-down and rear foot elevated split squats for five reps each for 11 minutes.  Over time, I have found that once you understand the method you have a little bit of freedom with the amount of reps/time you prescribe.  This is a great way to increase an individual’s lactate threshold, lactate clearance, hypertrophy and work capacity.  Another method I’ve used to obtain similar results is having an athlete complete a certain amount of reps in an allotted amount of time in a given exercise.  Most recently I’ve had my athletes perform 100 supine barbell hip extensions with very short rest periods.  Not only is this a great way to buffer lactic acid and increase hypertrophy, but it establishes a great competitive attitude amongst teammates and gives each individual a goal for the next training session.

Establishing a physical work capacity is vital to a successful strength & conditioning program but establishing a mental work capacity is just as important.  As a coach I can’t expect proper form and tremendous effort under harsh conditions unless I’ve established the importance of it during previous sessions.  This is just one aspect of a successful program and a way to maximize efficiency during training sessions.  None of this information is new and I’m sure a lot of coaches are already using it to formulate their own training sessions.  Study, learn, then do!

Sam Reffsin is the Director of Sports Performance at Don Chu’s Athercare Fitness & Rehabilitation facility located in Castro Valley, CA.  Sam has an open door policy and if you are in the area and would like to come by, email him at Sreffsin@gmail.com.