This past week Mike Reinhold posted some thoughts on Squat Technique and Back Extensor Muscle Activity .  His article got me thinking about squatting and the basketball athlete.  Coming from Boston University and being heavily influenced by Glenn Harris, who does an excellent job with his guys there along with Mike Boyle who continues to train the ice hockey team, I preached the importance of the front squat to the basketball community and anyone that would listen at Northeastern for probably my first six years.  Although Reinhold’s article focuses on erector spinae muscle activation primarily, I think it’s also worth noting the positives and negatives of each squat variation as it relates to the tall guys, especially incoming freshmen.

Like I said, for almost my first six years working with basketball we worked on front squatting, and front squatting only – the following was my defense:

• It’s the finish position for the clean (even though I never taught or trained this movement) and therefore teaches the athlete this position prior to actually encountering it under a moving load.
• Once technique failed either at the end of a set or during testing the athlete could simply dump the weight and avoid the dreadful “good morning” posture commonly seen with the back squat under heavy loads, thereby saving their back (whether this was the case or not, back pain cases within our team steadily declined to almost zero as each year passed).
• Guys with long tibias and femurs just seemed to be able to sit deep and with great form and little coaching.  It was simply an easier movement to teach, coach and succeed with. Maybe because the front squat is a little bit more quad dominant and therefore the basketball athlete seems to be more at home and comfortable while performing this movement.
• Nothing looks more like a baby squat than a front squat – no, back squats don’t look quite the same – close – but not quite

Some points you may want to consider in favor of the back squat over the front squat for the basketball athlete:

• As Mike Reinhold mentioned, erector spinae  is increased in with the front squat - this might be ok if you're look to develop overall erector spinae strength, but not ok in novice lifters or athletes with previous low back pain.
• As I mentioned earlier, most basketball athletes, ok, all basketball athletes are quad dominant and with this usually comes some sort of anterior knee pain, most notably patellar tendinopathy, or good ol’ fashion “jumpers knee”.  As Charlie Weingroff mentioned at the Basketball Symposium last year, maintaining a vertical tibia helps put the stress on the glutes and takes it off the knees – which for the basketball athlete and all knee pain victims across the country is a good thing.  Although a true vertical tibia is almost impossible during squatting, and rarely the position during any incredible athletic event,  getting closer to vertical than not certainly reduces the reports of knee pain during squatting activity and I consider that a good thing – this of course is more easily achieved through the back squat or box squat than the front squat.
• As loads progressed with the front squat, and specifically with incoming athletes, the load was limited by the amount of strength their upper body could hold, and not their lower extremity.  Imagine doing chin-ups and your grip failing before your back was able to benefit from the exercise. This is exactly what ended up happening with some of our athletes. Their erector strength and overall upper body simply couldn’t handle the loads and thus missed out on the intended training effect for the lower extremity.
• As each year passed, and a new version of the Iphone and Madden NFL football was released, our basketball athlete's posture declined at a most painful rate and putting someone under the bar in a bad loaded posture started to look worse and worse with the front squat.  At least with the back squat, so long as they had normal shoulder mobility, athletes were automatically placed in what I would consider a much more favorable posture (and thoracic position) under load.
• Lastly, and probably most importantly, guys rarely experienced glute soreness with the front squat.  We all know glutes are King and if I wanted to really and truly establish a great training base while also avoiding the potential of exacerbating existing knee pain – back squatting was going to have to be introduced.

Ultimately, this debate lead me to following Dr. Stu McGill around one conference until he was kind enough to answer the following question, “Which is better for BASKETBALL ATHLETES, front or back squat.”

“In terms of back health, it has to be the back squat,” Stu responded.

He didn’t really answer my question and I didn’t get around to pestering him as to why that day, but since then and through corresponding with him, I would imagine one of his main points is the opportunity to “bend the bar” over your back and engage and utilize the large lats as a lumbar stabilizer under heavy loads.  Something you simply can’t do with the front squat.

I still don’t have an answer as to what squat technique is better for the BASKETBALL ATHLETE. Some tall guys absolutely crush the front and the back squat, while others can barely stand up against a stiff breeze.  Whichever one you decide to go with keep in mind some general guidelines that I go by:

1. Don’t start kids off wearing belts to squat. If they can’t handle loads without the belt that means they can’t handle the load. Max testing – maybe. All other times leave the belts hanging up in the corner.

2. Previous back injury : back squat only, and probably with a belt if you squat at all – the risk-reward might just not be there. Talk to all parties involved in the care of the athlete when making this decision.

3. Ongoing knee pain: back squat and probably squat to a box and hammer vertical tibia position.

4. Super tall femurs – might just be better at the front squat.  It doesn't mean they shouldn't back squat, but they may have to squat to a box.

5. Freshmen – great opportunity to teach both.  Chances are they’ve never been taught, and if they were it was bad. Take the time and groove the crap out of each pattern and set them up to be successful studs come their junior and senior years.  Everyone wants success right away, but squatting over the course of a college career works much better if you boil the frog. 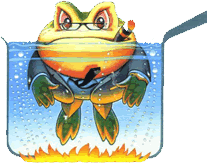