Congrats to 2014 BSMPG Summer Seminar Speaker, Dr. Gerry Ramogida and the Seattle Seahawks for their recent win vs. the San Francisco 49ers and earning a trip the Super Bowl! 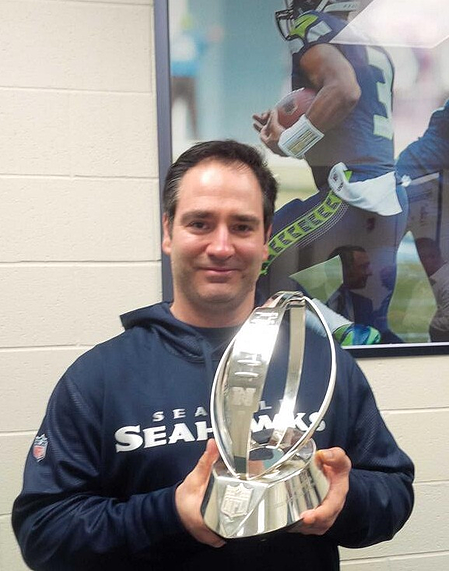 Dr. Gerry Ramogida is an internationally recognized chiropractor and performance therapist. He has served on many Canadian national teams and across a wide range of sports from football, soccer, ice hockey and athletics. Dr. Ramogida has been a chiropractic consultant with the Seattle Seahawks of the NFL since 2002. He was also brought on by the UK Athletics team as “their Lead” Performance Therapist for the 2012 London Olympics where they won six medals including four gold medals. He has been a practicing chiropractor since 1997 and has worked with dozens of high-profile professional and Olympic athletes. His research interests include how manual therapy influences performance and motor learning, particularly as it relates to the teaching and acquisition of sprint technique and speed development.