In this interview, Art discusses his new book, "Barefoot in Boston: A Practical Guide to Achieving Injury Resolution and Enhancing Performance", as well as discussing some research on barefoot walking and training versus wearing shoes, what to look for in minimalist shoes, how he has incorporated barefoot training with his basketball team, and much more..(including how to take a hack saw to a basketball shoe!)

Although identifying a poorly executed squat is easy for many sports medicine and strength professionals (especially given the “rules” and guidelines set forth by the FMS standards), identifying the actual underlying problem or major contributor to a deficit squat is never as easy.  However, with a systems based approach during your annual pre-participation screenings your team of health care and performance professionals can tease out these often overlooked deficiencies as part of your movement screen from the very beginning instead of reacting after future injury or poor performance.

As I mentioned in a prior post the ability to express a proper squat pattern is fundamental to human movement.  Included in this category of fundamental “expressions” is the overhead reach, or what is commonly known through the Selective Functional Movement Screen TM (SFMA) as the Multi-segmental Extension Pattern (MSE) pictured below (figure1).  This easy test that takes literally 10 seconds can produce some startling results when athletes and those observing them, witness an otherwise “healthy”  and  highly skilled athlete in the prime of their life unable to reach behind them while shifting their weight and hips forward. 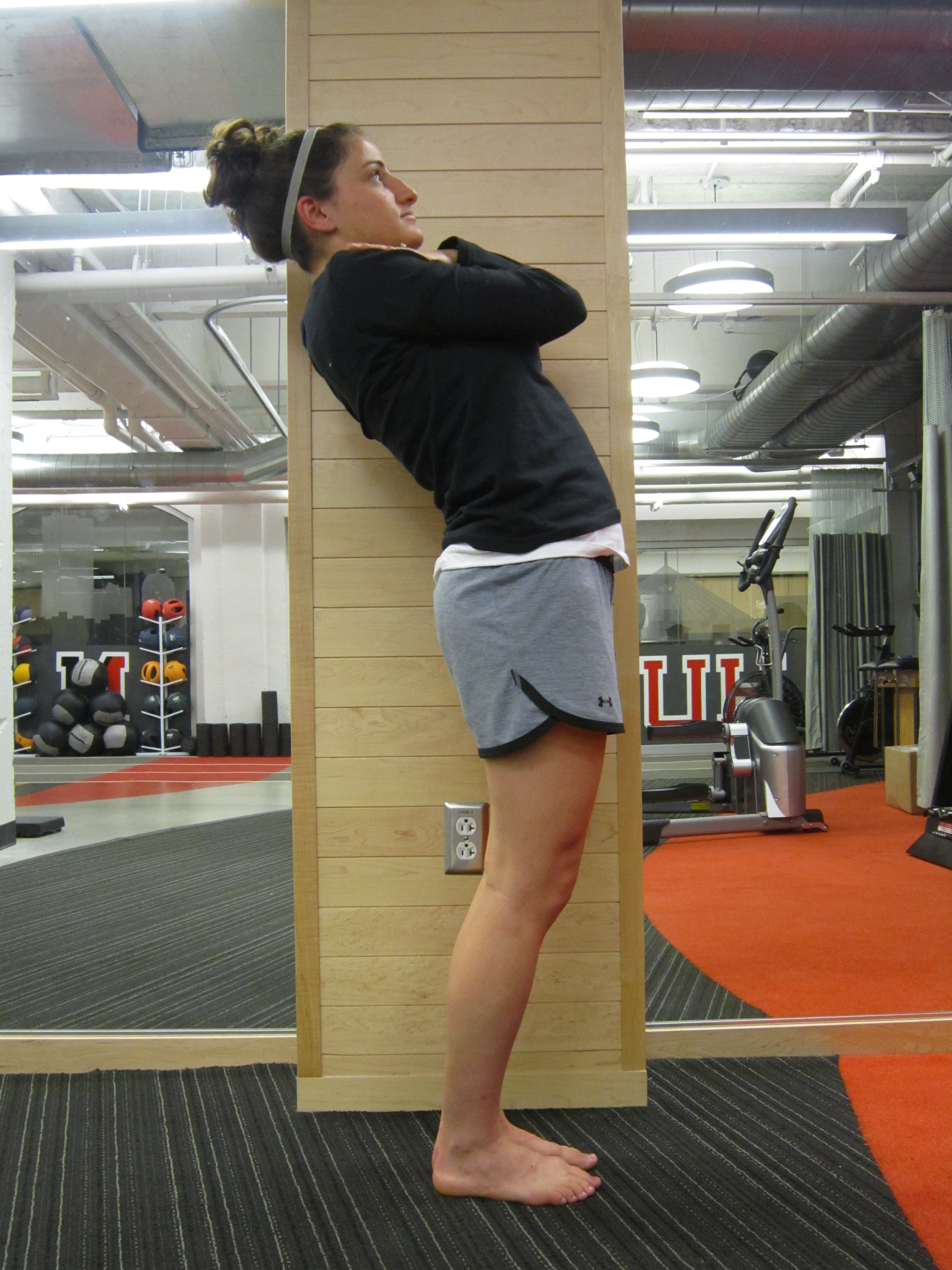 Let’s break it down.

According to the SFMATM rules, or simple human movement fundamentals, normal range of motion during this test includes:

1. With heels together (this is important and often overlooked as it provides a test-retest standardization) an athlete or patient should be able to have their ASIS pass over their great toes while;

2. Reaching overhead with hands in line with their shoulders and have the spine of their scapula clear or pass behind the heels of their feet and;

3. Their hands clear or pass behind the spine of the scapula (Figure 2). 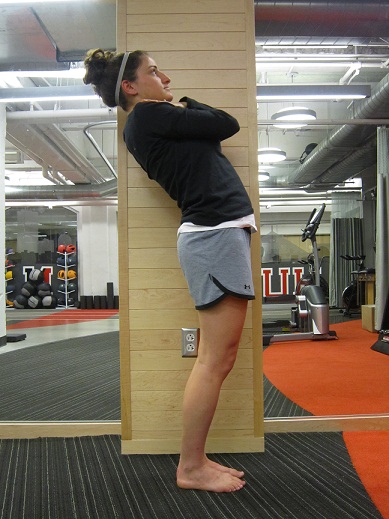 These movement minimums allow clinicians and performance coaches a starting point to begin observing their athletes for general restrictions within this pattern.  If an athlete is unable to complete this movement (failure to pass the ASIS over the great toe) then the athlete is asked to cross their arms over their chest and repeat the movement.  If the athlete is unable to still exhibit this fundamental expression of extension then the athlete in my opinion should be referred to a staff athletic trainer for further evaluation with the underlying problem is identified and addressed.  Many times the athlete will not understand why they are being referred since they have never had a “problem” before, but after a quick evaluation and treatment you’ll often find their eyes beam wide open with the additional range and freedom of motion that you’ve given back to them.

To confirm your findings on the examination table (although authentic human movement rarely ever happens on an exam table. Side note: How come you can measure with a goniometer an athlete’s ankle, knee and hip range of motion on an examination table and determine that they have the requisite mobility to perform a normal and unrestricted squat pattern but when you stand them up, the pattern looks like a train wreck? Movement means so much more than just your standard orthopedic examinations), have the athlete lay prone and ask them to tighten up one butt check and extend their leg off the table.  Repeat with the opposite leg and compare.  Rarely will an athlete be able to exhibit the appropriate amount of hip extension during this prone table test and not be able to pass their ASIS over their toes during the standing evaluation with arms crossed over head.

Not so fast.  I think it’s worth mentioning here a few items that support adding this simple test into both your yearly screenings along with your general orthopedic examination (regardless of injury presentation).  First off, I have been utilizing the FMSTM screen for a very long time as a strength coach, and over the last year have been utilizing the SFMATM methodology during injury presentation in the clinic and the overwhelming end result to many movement dysfunction and injury/pain cases have always boiled down to two movement impairments – Shoulder Mobility (Which in the end really is T-Spine Mobility) and Hip Extension.  The FMSTM  includes a test called the Active Straight Leg Raise, and this test unfortunately has been deemed a “hamstring” flexibility test or a hip flexion test by most casual observers but this couldn’t be further from the truth or the original intent of the test (future post coming: Are your hamstrings tight or are they just not letting you go somewhere you have no business being?).

For those that are not familiar with the test, an athlete lays on their back with a 2x6 board under their knees and while keeping the bottom leg in contact with the board slowly raises an extended leg upwards exhibiting the DIFFERENCE and available motion between the two legs and NOT the amount of hamstring or hip flexion range that you have.  It is this DIFFERENCE that should be noted, which ultimately leads to an examination and treatment focus of the down-leg in most instances as I mentioned earlier as the limiting factor (hip extension).

This should really come as no surprise since we have clearly become a hip flexion dominant society (sitting at computers, video games, etc not to mention our affinity for sitting on bikes at the commercial gym and watching the TV screen instead of sprinting on an incline treadmill which of course requires a bit of hard work and the aforementioned hip extension) and have basically lost the ability to “express” hip extension.  Although strength coaches and sports medicine professionals alike advocate “stretching” this problematic area after injury I think it’s worth teasing out your future patients sooner than later with a simple test while they are healthy athletes and avoid their inevitable future visit to your sports medicine clinic as patients.

Next week: Addressing and Correcting this Hip Extension Problem from both sides of the wall.