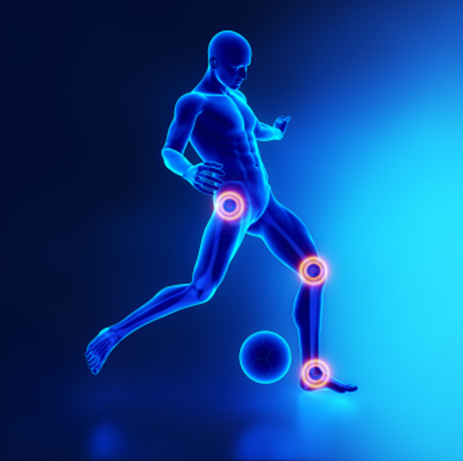 Evidence in Motion - 5 Principles in Surface Electromyography and Sport

Performance coaches and medical specialists are looking for the best approaches during screening to reduce injuries. With time being a precious and almost endangered resource, coaches and therapists are wanting to gain as much information and data as possible during testing and evaluations.  Professionals at all levels, be they in the clinic or in the field, are looking for the right data, not just more. One of the best ways to improve outcomes in screening is to add surface electromyography (SEMG) to the common tests used for assessment to get deeper and more defined information that goes beyond simple video capture. Most movement screens are scored based on visible criteria and knowledge of biomechanical compensation and neuromuscular recruitment patterns is difficult to discern solely through ocular observation.

Integrating SEMG is easy, provided one knows what to look for. Noraxon’s Clinical DTS SEMG system can capture the direct activity of the body's muscles in action, be it during a movement screen, sporting action, or an actual exercise in the weight room. SEMG helps practitioners evaluate what is going on at rapid speeds or can help validate interventions based on initial screenings. Currently there are five main principles clinics and organizations are finding to be the best practices in regards to complex injuries or effective screening programs. They are:

In the next article we will investigate the above five principles of SEMG with case studies and show how without the measurements evaluations in movement screening would be deceiving. Surface EMG reveals what is going on below the surface; information that visually can't be seen must be revealed in order to make more accurate evaluations of athletes in motion. 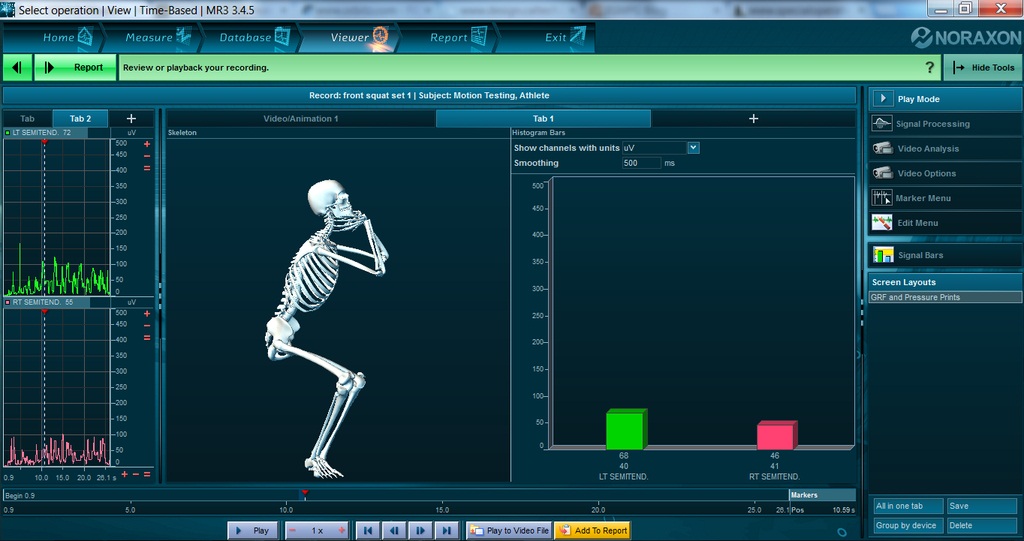 Save the Date for the 2014 BSMPG Summer Seminar