I'm not a businessman, I'm a BUSINESS, man 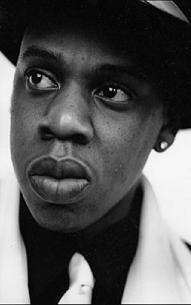 There's an employee outside of my department that I've known for some years.  For pretty much the entire time I have known them they have been telling people they were planning on leaving for greener pastures soon enough.  This has been going on for about five years now, but for some reason they have been unable to find a situation that better suits their needs.  In the interim, let's just say that they have not been the model of ownership.  Sure, they do their job, but along the way they also complain about their responsibilities, their poor compensation, and the state of their department in general to anyone willing to listen.  They also fail to understand why it is that they are still stuck in a less than ideal circumstance and are unable to find another job.  Hmmm, baffling.

You may recognize it, but the title of this post is taken from a quote by entrepreneur Shawn Carter who you may know better as Jay-Z.  Over the years Carter has continually reinvented himself and excelled in every avenue that he's explored.  He has gone from being a successful artist to owning a record label, his own major clothing line, a chain of upscale sports bars, and an ever increasing number of other ventures.  Carter continually excels because he has the drive to succeed, but also because he understands that his name is a brand.  In today's age many artists, athletes and other celebrities continually make poor decisions that ultimately paint their names in a negative light and simultaneously limit their future potential.  While many of these people do not fully understand that their name is their brand, Carter grasps the notion that while he is marketing all of his businesses, more importantly he is marketing himself.

What does this have to do with you?  Let's forget about the effect your actions have on your workplace for a minute and focus on the effect they have on you.  Every decision you make, every meeting you attend, and every conversation you have impacts the way that supervisors, employees, and co-workers perceive you.  When you complain about your surroundings, belittle your fellow employees or put forth a mediocre effort you are definitely influencing your image, but is that really the image you want to put forth?  Your brand is what ultimately makes the difference between advancing in your profession and continuing to work in a position that is less than your ideal circumstance.  You are your own business and you should be marketing yourself accordingly.  Shawn Carter knows it.  Why don't you?