Postural Function of the Diaphragm and Low Back Pain by Pavel Kolar et al.

Despite the high prevalence of low back pain in the population, options regarding effective treatment strategies are still limited, possibly due to the lack of knowledge of the underlying mechanisms.9 Trunk stabilization and postural trunk control may play an important role in the etiology of low back pain.9 In turn, the function of the diaphragm may affect how the trunk is stabilized, especially during postural activity.11,15,22 Various studies have shown that the pelvic girdle and lumbar spine are reflexively stabilized and braced prior to the initiation of extremity movements.3,13,17,22 The central nervous system must be able to anticipate movement and stabilize the entire core musculature automatically to provide a stable base from which the muscles performing the movement can pull.

Trunk bracing maintains all spinal segments in a biomechanically neutral position during the course of any movement. Segmental movement (eg, hip joint movement) is therefore related to the synergistic activity of the spinal extensors and all the muscles modulating intra-abdominal pressure (ie, abdominal muscles, the diaphragm, and the pelvic floor). The diaphragm is the muscle that contributes the intra-abdominal pressure modulation and plays an important role in spinal stability.7,16,18,27,31

Insufficient function and poor coordination of postural, or stabilizing, muscles are considered to be important etiological factors in spinal disorders associated with low back pain, such as deformational spondyloarthrosis (with or without spinal disc herniation), spinal disc protrusion, and/or spondylolisthesis.5,12,21,25

Continue to read the remainder of this article by clicking HERE.

We found reduced diaphragm movement when isometric flexion against resistance of the upper or lower extremities was applied.  The combined, more cranial position in the anterior and middle portions of the diaphragm and, particularly, the steeper slope between the middle and crural portions of the diaphragm in patients with chronic low back pain may contribute to low back pain symptoms. However, given that the results are based on crosssectional analysis, we cannot exclude the possibility of reverse causation. Still, the results support the theory that patients with low back pain complaints present with compromised diaphragm function,
which may play an important role in postural stability.

FINDINGS: We found reduced diaphragm movement in patients with chronic low back pain compared to healthy controls when isometric flexion against resistance of the upper or lower extremity was applied, mainly in the anterior and middle portions. This pattern of diaphragmatic recruitment resulted in a steeper angle in the middle-posterior part of the diaphragm and likely a greater strain during activity on the ventral region of the spinal column. 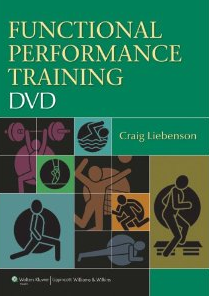 This past summer I was honored to be asked to team up with Brijesh Patel and contribute to Craig Liebenson’s upcoming function training text book.  Craig is a health care provider that understands the need for both rehabilitation and serious strength training in order to perform at the highest level while reducing the chance of injury.

Recently I was able to watch Craig’s most recent contribution to the health and performance field, his 3-disk DVD set.

This 3-DVD set is a great addition to all sports medicine libraries as Craig is able to bridge the gap between basic sports medicine rehabilitation exercises all the way to high level training with clear examples and coaching details.  It has been my experience that it is this very gap that so many athletes either reinjure themselves or simply never get out of and thus fail to transition to elite sports performance altogether.  The exercises that Craig outlines can be used in both rehabilitation settings or any high performance training center.

I was particularly impressed with both Craig’s respiration assessment and lower belly breathing exercises, which so many clinicians fail to evaluate and implement during their primary physical exam, along with Craig’s exercise selections and progressions within the Core Stability Training DVD.   Because low back pain is nearly inevitable for all of us, and a certainty among college basketball athletes at some time during their college career, a working knowledge and a mastery of appropriate exercise selection is a paramount.  The exercises outlined in this DVD are a must for all athletes as part of their general physical conditioning prior to low back pain or as part of their comprehensive core strengthening program after an episode of low back pain.