At the college level many times both assessment and intervention decisions are made based on time availability and simple manpower, and not on what the student-athlete requires for optimal health and performance.  Juggling study hall, practice, classes along with rehabilitation and performance training leaves little time for “additional” work for either the student-athlete or the staff professional in charge to provide additional auxiliary services in the form of corrective work, soft tissue manipulation or additional strength training.  With that said, this extra “work” is often neglected or pushed aside until either the student-athlete is no longer able to participate in practices or games due to an injury or becomes crippled due to some form of debilitating pain.  In either case, unfortunately the student-athlete has now become a student-athlete-patient within your facility and the little time you had to address her problem prior (which of course is why it wasn’t taken care of in the first place, or even looked at – ignorance is bliss after all) has now become a major investment and drain on your time and services.

In order to avoid the initial trap that so many sports medicine and performance departments fall into each fall it is paramount that both departments (Sports Medicine and Strength Training) first reach an agreement to implement a comprehensive screening program TOGETHER to tease out dysfunction, evaluate for painful movement patterns and address these minor “tweaks” before they become major pains. 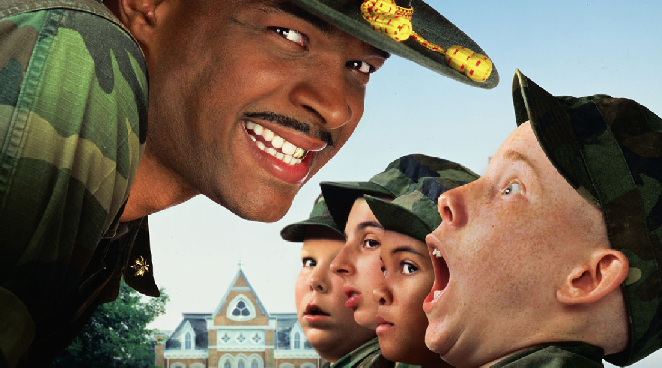 It’s hard to rank which movement pattern is more important over another as each of the “Big Three” (squat, lunge and step) are all integrated and hold value within the context of all sporting events and training.  However, the only pattern among the three that is universally tested among college athletes and Strength Coaches is the squat, and thus, at least with regards to an integrated approach takes precedent over the others if having to choose only one.  Administering the test takes under a minute and produces so much more than just a number via the traditional FMS scoring system.

1. There’s something powerful about having members of both your sports medicine and strength staffs stand beside each other while evaluating a student-athletes overhead squat pattern during a fall pre-participation examination.  Because the strength coaches typically tests each athlete’s squat either later the same day or the next, this “pre-screening” allows strength coaches to see the movement pattern in an authentic form, not to mention in a rare one-on-one format which is never the case in a collegiate weight room due to traditional low coach to student ratios.

2. When an athlete scores a “1” which means they cannot achieve a proper squat, it’s always nice to see the strength coach cross the name off the list of kids to max test later that day.  If you cannot squat to at least a “2” in the FMS overhead squat test then you simply haven’t qualified to load the pattern and go balls to the wall during testing – PERIOD.  This will sometimes be an issue among sports medicine professionals and strength coaches if the athletic trainer simply tells the strength coach that the athlete shouldn’t squat; but this is never a problem when the strength coach sees for themselves the awful pattern that the student-athlete exhibits.  The strength staff must be involved in your yearly pre-participation screenings to ensure buy in from all those involved in the care and performance of the student-athletes.  Remember: squatting is not a weight room exercise, it’s an expression of health, and allowing a student-athlete to max test a pattern that they cannot perform with their own body weight is simply irresponsible – PERIOD.

3. So, with that said, what do you do with the kid that scores a “1” on the FMS overhead squat test? As we discussed prior, time is of the essence and thus the underlying deficiency needs to be “teased out” and an appropriate intervention applied.  Both the FMS and The Selective Functional Movement Screen (SFMA) allows the clinician and/or strength coach an easy algorithm to follow with suggestions for corrective  work once the underlying deficiency is discovered.  Often times it’s the usual mobility suspects – t-spine, hips and ankle but just as often, these mobility issues requires a skilled clinician’s assessment and intervention.  On the flip side, in the case of a neuromuscular-stability issue a Goblet squat progression can be implemented by a strength coach during a training time in place of the squat, to begin coaching them back towards their end goal of a “3” or at least a “2” prior to max testing. (more on Goblet squat progression in a future post)

4. For all those athletes that score a “0” during the test – which means they experience pain, a comprehensive follow up evaluation is scheduled either later that day or within the week by a skilled clinician, (most likely a member of your Sports Medicine Staff) to determine the pain generator along with a rehabilitation plan to properly address.  So many times athletes will state that they have no pain on intake but then suddenly realize that during a simple movement that pain is actually present.  I’ve never had an athlete experience pain during a simple movement test (“It’s not a big deal, I just put ice on it after I train”) not miss time during preseason due to this pain or another greater underlying problem.

Now, some would say that when evaluating the overhead squat pattern utilizing the FMS scoring criteria that we basically all fall in as a “2” and that only a very few athletes score a “1” or a “3” and therefore  the test may be a waste of time.  Although it is true that the majority of athletes that I’ve evaluated using this methodology score a “2”, the means certainly justify the end, especially when you’ve i. discovered pain in this simple pattern and were able to treat it immediately and ii. Discovered a poor movement pattern and provided corrections which over time allowed the athlete to squat normally (which always makes the strength guys happy) but most importantly allows the athlete to achieve success in their individual sport – the reason they showed up in August for pre-season in the first place.  In the end, the OH squat test really only takes a minute but the effects of this evaluation and correction last throughout their college career.

Next week we will talk about evaluating the Multi-segmental Extension Pattern and what to do when you find a problem.