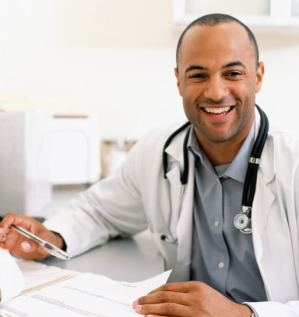 This article originally appeared on ESPN.com - TrueHoop by Henry Abbott on 1/3/11

So, it's a new year, and thanks to the power of resolutions, the gym is crowded again.

All these people who have not worked out in a long time are back at it, for now.

Doesn't that picture worry you just a little? All that sedentary living, followed by a frenzy of playing hoops again, or running, or spinning or whatever ... that's like an injury waiting to happen. Muscles and tendons and joints that have been aging without conditioning, now tested once more.

It's no wonder that every advertisement pushing workouts includes the line about consulting a physician before beginning an exercise regimen.

But this is what strikes me: Really? You need a doctor's note to exercise?

Isn't that entirely backwards? Shouldn't you need a doctor's note to sit on the couch instead?

In other words, if you don't exercise for six months, then sprain your ankle playing hoops one time, it's the sitting that needs to stop, not the hooping. Right?

These days, we spend the vast majority of our lives sitting still in the dim light, or lying down, watching screens. And you can make a pretty strong case it's killing us.

We're descended from people who moved their bodies just about all day every day to stay alive. They got tons of sunlight. If you believe Christopher McDougall's thesis in "Born to Run," at a key stage in human evolution, our ancestors literally chased animals all day -- until the deer dropped from exhaustion. Imagine whole families together, including the children and the old people -- running one ultramarathon after another, for survival.

Now imagine getting those people, or their descendants, to sit in the car, at the desk, or on the couch all day. They'd go nuts! They'd have obesity, heart disease, diabetes, depression, and all the other leading killers in modern society.

So hell yeah, let's get out there. Let's honor those New Year's resolutions. Let's move these bodies that were meant to move. And when you find yourself slipping, a month or two from now, and thinking about spending less time in the gym and more time on the couch ... cal