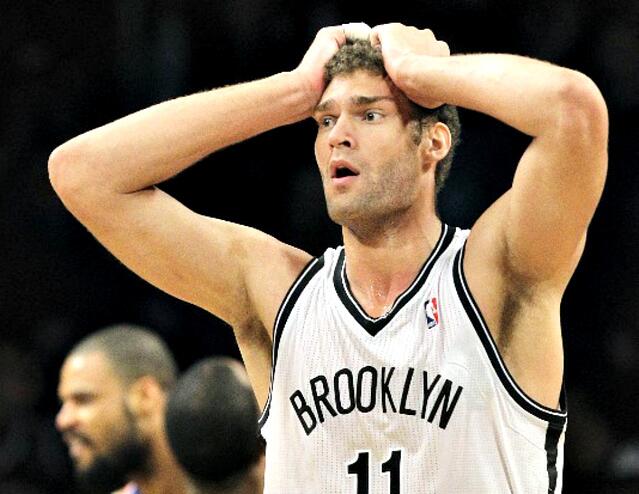 Recently I had a conversation at a Boston hotel with two very expensive consultants from Russia on player tracking technology. I asked what they think the three hot topics for sports performance and their answer was algorithms, algorithms, and algorithms. They make their living building custom software for the array of AMS users (athlete management software) such as teams and private consultants. Most AMS products are glorified spreadsheets with custom colors and logos, and have no power under the hood. I was frankly worried after an hour asking questions, I was realizing quickly that development for all of the systems available is going to be slow. The reason is that companies need to find out what teams and facilities are doing with their data, if they are collecting it, and then provide that for them as a feature after the next upgrade. Before we talk about “building a smarter planet” or the next smart fabric features, we should focus on what is happening now and it’s not pretty. About a week ago, NBA star Brook Lopez broke his fifth metatarsal bone again, something many are writing off as bad luck. This is far from the truth and I am under the belief that this was avoidable. In June of 2013 we had early warning signs that another fracture was coming, as the media published reports that perhaps the NBA needs to innovate or players will have more “bad breaks”.  Billy King, speaking publicly in June stated the following:

"For me, I don't have any concern because it wasn't something that he had pain in or it prevented him from playing," King said.

It doesn’t take a rocket scientist to see that bent screws are not a good sign, but we are learning to look away from early warnings because of the wrong interpretation of pop culture books. About three years ago I was told to read Fooled by Randomness and it was a good starting point for me to learn when to acknowledge that sometimes things happen and how predictions are not perfect.  With Taleb’s follow up The Black Swan and latest book Antifagile, coaches and medical providers in sport are quickly wondering if Moneyball is just the next BOSU ball.  The truth is that statistics and prediction is limited and far from perfect, but a good system will remove risk that can be easily intervened with. It’s ok to fail, so long as the failure is something that would have been very difficult to predict or prevent. As of today, a lot of injuries and poor performance is deeply rooted in not covering the bases,  and it’s time to do the basics with a little more diligence before teams download algorithms to their management software like iTunes songs.

When General Manager Billy King was commenting on the bent screw doctors found during the physical on Brook Lopez, I was shocked not more responses from the sports community. If I had a fracture on my foot and the screw was bending, that would be my warning system to ask more questions. Any time a fracture happens one has to ask is this a fluke or is this a pattern? In the case of fifth metatarsal fractures, a pattern does exist, and we have the ability to reduce that risk with screening, monitoring, and smart training.

The problem with Brook’s foot is not going to be solved by looking at one variable in isolation, or even a handful of factors. A smart solution is to have a wide range of assessments to get measured levels of risk, ranging from general body biochemistry of vitamin and mineral status to the most sensitive of pressure mapping, drilling down to the precise basketball related movement to his metatarsal head. Retesting and or monitoring other factors, such as gross movement totals from player tracking solutions such as wearable technologies or camera options can manage the training load. When years of practice collecting and analyzing multiple data sets, models and algorithms are possible, but only if the data collected in the first place. It’s easy to skip ahead and think of interventions and prediction formulas, but investing into solutions should only be started when one knows the problem intimately.

When Sports Data Hub went to the BSMPG two years ago I had the suspicion that several open source software would start leveraging all of the data collected by organizations. I again was wrong. All the software packages and technology is collecting dust since like any cold war nuke, it’s powerful to say you have it in your arsenal, but they are rarely used. I have been told that data specialists go to meet with teams they don’t find a cornucopia of data, but an empty cupboard! Data mining is great when data is there to begin with. It seems that the first step of analyzing data is lost, because collecting data means daily is a choice that forces coaches and sports medicine departments to do what is essential.

The underlying issue is collecting data needs to be easier and simpler, or more data needs to be collected at the same time when one does decide to invest into assessment or screening. The most convenient data is nearly passive, but some active effort is required by staff to actually get it done and executed with players. After a few seasons of iterations, building or buying algorithms are a possibility. Referring back to the Brook Lopez example, a good starting point to building a simple screen and monitoring approach for one injury is a good start before trying to protect the entire body. Covering all the basic inputs to how the injury can happen, a team can then use a powerful process of elimination and properly cover the bases. Looking at the etiology of a fifth metatarsal fracture, commonly known as a Jones fracture, we can zoom into what can be done to prevent it. Six simple questions can help direct a very crude algorithm.

What is the biomaterial status of the foot with imaging scans and blood screens?

What is the structural evaluation of the foot statically?

What is the functional status of the food with kinetics and manual testing?

How are the medical staff providing support with the foot mechanics?

How are the coaching staff managing the training load and player development performance wise?

How is the athlete being accountable for sleep and nutrition?

In one day a team can perform a pressure profile baseline, draw blood, evaluate the foot status manually, assess primary fitness and readiness, and develop the interventions necessary to not only handle stress fractures, but countless injuries by sacrificing just one day. Follow up testing is necessary, but it’s unlikely to be with everyone and whatever the pains of testing again, it’s far better to deal with the administration annoyances over an injured player.

Eventually an algorithm, formula, or model will be constructed from the parts of smaller calculations, making a better tool. The end result must be something that is easy to crunch without a powerful piece of software, because simple numbers always are strong and easy to implement. Some statistical knowledge is important and teams are hiring data professionals, but before one buys the latest data visualization book or think about coding Javascript the basics must be done. After experience doing low level data management and appropriate statistical analysis, then it’s time to build something practical but powerful.

I myself don’t build algorithms beyond simple athlete profiling calculations such as Fiber Type Drift (annual changes in type I fiber) or other myoanalytic metrics such as soft tissue oscillation curves from manual therapy. Simple excel can handle a few lines of calculations, but new challenges with managing GPS data of a South African Rugby team after in-shoe pressure mapping needs the right platform software and the right expertise, something that is growing as of now. Eventually the education and experience will enable coaches to do more, but that threshold is something that is very individual. The question in the future is what is going to be build internally and what is going to be outsourced to get the competitive edge is the hot topic for 2014.

Perhaps the lesson learned from reading Taleb’s latest book is that even experts who write books are limited in their own predictions on predictions. We need to realize that building a system to reduce risk needs to start with the basics and building vertically step by step, instead of taking the express elevator to the top and finding the foundation crumbling beneath us.