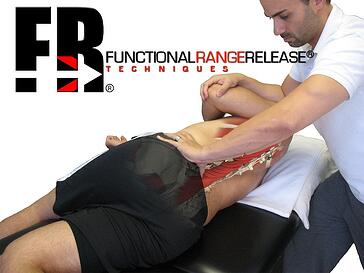 In November I had the privilege of attending the Functional Anatomic Palpation and Functional Range Release (spine module) course hosted by Somatic Senses.

This course was taught by Drs. Andreo Spina and Michael Chivers, and while I’ve known both of these bright individuals  for over 10 years, it’s always a treat to hear what they have to say.

Because it would be difficult for me to write a summary for those who were unable to attend (the course is full of contextual information), I thought I would do something a little different and recap some of Dr. Spina’s quotes from the seminar and directly ask him for follow up clarification.

He kindly agreed so enjoy!

“When you stop to think about it, what is a muscle?  Is a collection of components – proteins (actin, myosin, etc.), the innervating motor neuron, and the connective tissue encasements.  When one applies a ‘release’ technique what is the intent?  It’s not to pull apart Actin and Myosin cross bridges as that simply requires movement.  Its not to rip out the innervating motor neuron for obvious reasons.  So we are left with connective tissue, which is in fact where “fibrosis” or “scar” tissue develops as these two terms simply refer to disorganized connective tissue.  So if connective tissue is in fact the target, we must employ strategies that most strongly influence change in it.  This isn’t simply a matter of nomenclature.  The literature is quite clear about how connective tissue adapts to applied loads vs other tissues and thus, we cannot simply assume that our approaches are affecting it.  This change in mentality/focus is really at the heart of the FR Release® system.”

“Instead of flossing the nerve, load it”

“I don’t recall why I used the word ‘instead’… “Load the nerve in addition to flossing techniques” would be more accurate.  The reason for the loading comment stems from the fact that approximately 80% of neural tissue is composed of connective tissue.  Thus, as with all other forms of connective tissue, it will adapt to applied demands.  Very briefly, progressively loading neural tissue can produce beneficial results by way of improving the tissues resilience and load absorption capacity.  This will in turn decrease the likelihood of neural tissue damage during movement/physical activity.  Of course this doesn’t mean that one should utilize nerve loading on everybody…there are steps and progressions that one must employ to create the desired effect safely that you will recall we discussed at the certification seminar.

A quick note on ‘flossing’…I always found it bizarre that some practitioners prescribe flossing exercises on the first visit for patients with radicular symptoms.  If the premise is that there is some sort of “entrapment” or frictional irritation affecting the nerve, presumably due to the build up of scar tissue/fibrosis, why then would some recommend flossing the nerve repetitively along said irritant?  I would always recommend that the tissue should to be re-sculpted (by way of manual treatment…provided over a course of time) PRIOR to implementing such exercises.”

“If you look at any definition of ‘rehabilitation’ you will find the word ‘restore’ which is to repair something so as to return it to its original condition.  When any injury/tissue damage occurs, the bodies inherent restorative systems are looking to do just that.  However, as we all know, these systems are far from perfect stemming from the fact that they were not created by design, but rather by the evolutionary process of natural selection that produces adaptations that are often imperfect.

See Dr. Spina in Boston May 2-4th for SPINE module.

Register for this event by clicking HERE