Autoregulation – An Alternate Approach to Periodization

Periodization can be defined as dividing training into separate phases or ‘periods’. Why segment training into different phases? The stressors that are placed on an athlete during training can be very taxing and, from a physical, psychological and emotional level, cannot be sustained indefinitely. There are therefore, periods during the year that are more intense while others that are less intense. This approach will promote the greatest response in terms of recovery and adaptation.

On top of volume and intensity, you’ll often hear the term ‘volume load’ thrown around strength & conditioning circles. This term simply combines volume and intensity into one number and expresses it in tonnes of weight (reps x sets x load). Volume load (Flanagan) can be used to visualize training over time (Figure 2).

This model (Figure 2) is characterized by high initial training volume and low intensity (load). As training progresses, volume decreases and intensity increases (Bompa). Before the modern era of sport, this model was widely implemented. The reason – if you were an Olympic athlete (long track speed skater for example), you likely only had a couple competitions per year. With long periods of time with very little to no competition, this approach was possible.

This model (Figure 3) is characterized by variation in the planning and implementation of training programs throughout a training session, training week and annual cycle (Bompa). Example, look at figure 2 again, the volume load varies (or undulates) from week to week while intensity does the same, inversely. Note that there are times when intensity and volume are both high or both low (this depends on the phase within a season and the state of the athlete).

Compared to the undulating model, the linear approach to periodization is a bit dated. Studies suggest that the linear model may be impractical because of the varied schedules of most sports in the modern era. Although research is limited in regards to periodization, the undulating model has been shown to aid in recovery/adaptation while producing the greatest gains in strength and power (Rhea and Alderman). 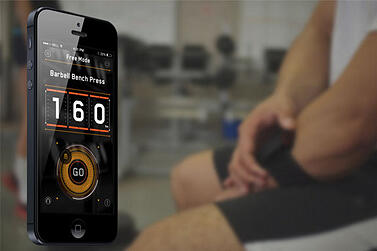 Meet the PushStrength Crew at the 2014 BSMPG Summer Seminar

Email Matt at matt@pushstrength.com to set up an individual demonstration during our seminar or learn more about the power of PushStrength.