"We're not optimizing machines but organisms with the invisible hand of biology lurking behind our every behavior." 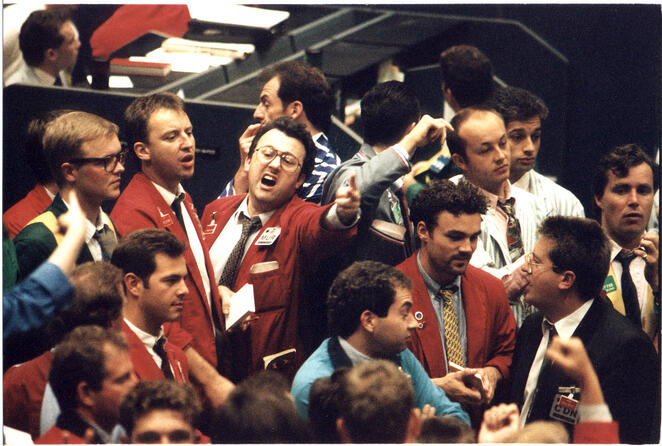 The notion that humans are Homo economicus, rational economic decision makers, has taken some serious hits ever since people bought more than 1.5 million Pet Rocks in the 1970s. Research in behavioral economics shows that we are typically more generous in economic games than logic would predict, that we will pay to spitefully punish freeloaders and that we tend to make rapid emotional decisions—and then struggle to rationalize them. A new study adds to this theme by showing how a class of stress hormones can distort decision-making in a setting resembling the stock market.

In a splashy, much-discussed paper published in 2008 in the Proceedings of the National Academy of Science, John Coatesand Joe Herbertof Cambridge University examined the levels of various hormones in male floor traders at the London stock market over the course of eight days of work. They wanted to see if hormone patterns correlated at all with how the market was doing and/or with the trader's own market performance. (Dr. Coates, it is worth adding, had spent his errant youth working as a trader at Goldman Sachs and Deutsche Bank, before being born again as a neuroscientist.)

One of their key findings concerned cortisol (aka hydrocortisone, part of a class of adrenal steroid hormones known as glucocorticoids). Stress spurs cortisol secretions. If you're stressed like a normal mammal, running from a predator, cortisol helps to save your life. But chronic psychological stress—a human specialty—elevates long-term cortisol levels, which increases the risks of stress-related diseases.

So when did cortisol levels rise in these traders? You might think: when they lost money. But that wasn't it. Instead, market volatility raised cortisol. This made wonderful sense, given that the two key building blocks of psychological stress are lack of control and unpredictable situations.

In addition to its effects throughout the body, cortisol also influences cognition, emotions and behavior. This raised a critical question for the researchers: What do elevated levels of cortisol do to decision-making by traders?

This is what Dr. Coates and his colleagues address in their new study, also published in the Proceedings of the National Academy of Science.

For this work, the researchers administered cortisol to volunteers. They carefully calibrated the amount so that it raised levels not through the roof but into the moderate stress range observed in the 2008 study. Subjects then played a financial risk-taking game.

The result? One exposure to high cortisol did nothing, consistent with prior findings that it's typically chronic exposure to stress levels of the hormone that alters behavior. But eight days of exposure changed the subjects' behavior in the game: The volunteers now preferred low expected returns and lower-variance bets. In other words, they became more averse to risk.

This jibes with prior research. Suppose subjects have learned to respond successfully to a challenge in a certain way. Suddenly, that response stops working. Should they try a new strategy? Maybe, but in such situations, we instead often become perseverative—doing the same thing over and over, faster, more often, while crossing our fingers, while wearing our lucky underwear.

Studies have shown that stress and cortisol make humans and lab animals more perseverative in this way. Moreover, we know the discouraging biological underpinning of such findings: Sustained stress and stress-hormone exposure cause atrophy of the frontal cortex, the brain region that plays a key role in decision-making.

What does it mean that market volatility pushes stress hormone levels into a range that makes people risk-averse? Is this good or bad for the traders?

Don't ask me; I'm no economist. The main point is one that Dr. Coates also emphasizes: We're not optimizing machines but organisms with the invisible hand of biology lurking behind our every behavior.