The Next Big Thing In Sports Data - Predicting Injury 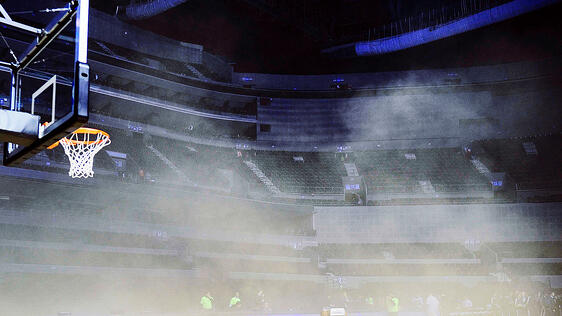 In sports, injuries don’t just cost wins. They cost money. By one estimate, teams across Major League Baseball spent $665 million last year on the salaries of banged-up guys and their replacements. NBA teams lost $358 million last season; $44 million alone by the injury-ridden Los Angeles Lakers. And in the NFL, where the average salary is about $2 million, starters missed a record 1,600 games in 2013.

Until recently, this was largely seen as the cost of doing business, subject as much to the will of the sports-injury gods as advancements in training. Now, the fast-growing industry of performance analytics says it can minimize those massive losses. The trick: using data to anticipate how an athlete will get hurt before it actually happens.

What was once the domain of a relatively small group is now hitting the mainstream, increasingly embraced by teams across American pro sports and even the leagues themselves--including the San Antonio Spurs, Oklahoma City Thunder, Seattle Sounders, Pittsburgh Pirates, New England Patriots, and Philadelphia Eagles, and more. There are a variety of companies and technologies in play, all utilizing the principle of turning everything measurable (from movement to body chemistry) into data, analyzed for distressing patterns.

Teams are generally tight-lipped on how they utilize data collection tools for fear of giving away competitive advantage, but a few are more open. The Toronto Raptors is one of them. During practices last season, players on the Toronto Raptors wore a cell phone-sized unit called an OptimEye, created by the Melbourne, Australia-based company Catapult. OptimEye’s gyroscope and accelerometer provides reams of data about how players actually move--accelerations, decelerations, elevations, jumping ranges, and so on--and at what intensity.

“We have an opportunity to take these players and be totally proactive,” says the team’s director of sports science, Alex McKechnie. The data, he says, allows Toronto to tailor programs specifically to each player’s unique physiology, correcting injury-inducing problems like imbalances between each side of the body. A player, for example, could be favoring one leg over the other when jumping, due perhaps to an old injury that never properly healed or muscular weakness never addressed. OptimEye can measure the difference, undetectable to the naked eye, helping trainers diffuse a time bomb before it blows.

The data changed how Toronto practiced as well, by revealing misconceptions of how certain activities impact the body. Ubiquitous shooting drills, for example, turned out to be troublesome.