Evidence based medicine: a movement in crisis? 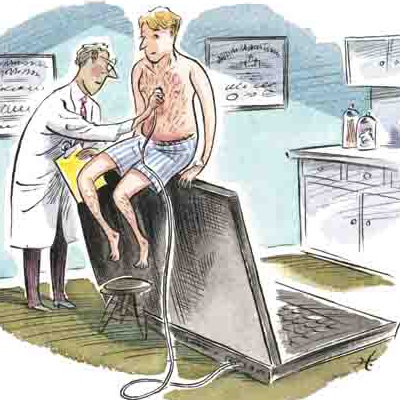 "Real evidence based medicine has the care of individual patients as its top priority, asking, “what is the best course of action for this patient, in these circumstances, at this point in their illness or condition?”39 It consciously and reflexively refuses to let process (doing tests, prescribing medicines) dominate outcomes"

It is more than 20 years since the evidence based medicine working group announced a “new paradigm” for teaching and practising clinical medicine.1 Tradition, anecdote, and theoretical reasoning from basic sciences would be replaced by evidence from high quality randomised controlled trials and observational studies, in combination with clinical expertise and the needs and wishes of patients.

From the outset, critics were concerned that the emphasis on experimental evidence could devalue basic sciences and the tacit knowledge that accumulates with clinical experience; they also questioned whether findings from average results in clinical studies could inform decisions about real patients, who seldom fit the textbook description of disease and differ from those included in research trials.8 But others argued that evidence based medicine, if practised knowledgably and compassionately, could accommodate basic scientific principles, the subtleties of clinical judgment, and the patient’s clinical and personal idiosyncrasies.1

Two decades of enthusiasm and funding have produced numerous successes for evidence based medicine. An early example was the British Thoracic Society’s 1990 asthma guidelines, developed through consensus but based on a combination of randomised trials and observational studies.9 Subsequently, the use of personal care plans and step wise prescription of inhaled steroids for asthma increased,10 and morbidity and mortality fell.11 More recently, uptake of the UK National Institute for Health and Care Excellence guidelines for prevention of venous thromboembolism after surgery has produced significant reductions in thromboembolic complications.12

Despite these and many other successes, wide variation in implementing evidence based practice remains a problem. For example, the incidence of arthroscopic washout of the knee joint, whose benefits are unproved except when there is a known loose body, varies from 3 to 48 per 100

000 in England.13 More fundamentally, many who support evidence based medicine in principle have argued that the movement is now facing a serious crisis (box 1).14 15 Below we set out the problems and suggest some solutions.