This article origianlly appeared on forbes.com

But lately he’s facing a challenge unrelated to long division or polynomials. Khan Academy now counts 80 employees, and its boss has to figure out how to lead a growing organization.

“I’m not an expert manager,” admits the 38-year-old visionary, whose mission is to educate the world for free.

Although he’s achieved great individual success in his short career, Khan knows his organization won’t succeed on vision alone. So recently he’s begun meeting with his top people to develop a leadership and management strategy. “We’re this organization that’s all about learning,” he says. “But I find myself at a spot where it’s like, wow, there’s this whole thing called management. There’s a whole art to it. We’re asking ‘What does management training at Khan Academy mean?’ ”

Rest assured it won’t mean creating a traditional corporate learning culture. The Khan Academy is about blowing up traditional models. His learning platform gives teachers a completely new way to teach children math, science and other subjects. His challenge now is to figure out a better way to teach his adult leadership team how to motivate, delegate, set goals, monitor performance, hold people accountable, and so on.

The one thing he knows is that the manager is “the most powerful teaching role in an organization” and that managers will be at the center of his learning culture. “It’s an 18th or 19th century phenomenon to say the role of a manager is to get someone to do work,” he explains. “That’s wrong. The role of a modern manager is, ‘How do I develop my people?’ ”

Interesting story: When Khan worked as a senior analyst at a hedge fund before founding Khan Academy, the firm hired some junior analysts. “They were from top Ivy League schools with 4.0 GPAs in economics,” he recalls. “But they didn’t understand the basics of reading a financial statement.”

So Khan, being Khan, created a series of micro lectures on video. One day his boss noticed and Khan’s first reaction was to apologize. That time spent teaching, after all, was time not spent getting stuff done. “But my boss said, ‘No, this is great. I haven’t seen this happening at a hedge fund before.’ “

Khan’s evangelism about putting the manager at the center of organizational learning is anchored in a driving principle that spawned the Khan Academy and sustains it today: People don’t all learn at the same pace.

Which means what Khan calls “the Prussian model” for teaching kids never really worked, and neither does the classroom-style “sage-on-the-stage” model that currently dominates corporate training.

It never made sense to Khan that the kid who’d already figured out long division had to listen to the same math lecture as the kid who was totally lost. The key to successful education is to coach that lost kid, fill in his “gaps,” and get him to achieve mastery of long division before letting him move on to the next thing.

Khan proved this model back in 2004 when he created his first video tutorials for his niece, a seventh-grader who’d been excluded from the advanced math track. She was a thousand miles away, so Khan filled her gaps with short video tutorials. She got into advanced math. And the model for the Khan Academy was born.

Today Khan Academy has half a million registered teachers. Many of them are “filling gaps” in schools using his bite-size learning method. There’s no question he’s changing the way education works.

But Khan laments that today most companies “have formal training programs that mirror traditional academic models,” and they’re making the same mistakes schools did. “There are two things that are even more true about the workplace than the classroom,” he says. “The first is that the differences between people’s gaps in understanding are more diverse. The second is that there is even more need for people to learn asynchronously.”

It’s true that a given workplace team will have wildly varied backgrounds and lack a shared knowledge base to build on. The “gaps” will be huge. While it’s efficient to gather the team for a “synchronous” classroom-style training event where they all learn together, Khan is saying that in the workplace it’s likely to be ineffective. Even more ineffective than it is in schools.

The only alternative to that model is the manager/teacher role. Managers need to assess the gaps of the people they oversee, then coach them at their own pace and help them achieve mastery of skills.

That takes time and effort. And most managers, even those who really want to develop people, will struggle to get it done. So I asked Khan, given the time constraints , and the mindset of most managers, what leaders can do to create a learning culture with the manager/teacher at its center. He suggested three strategies:

Strategy #1: Motivate managers by linking talent development to their compensation. Khan believes most managers aren’t motivated to develop people. And that senior executives, who “have all the levers at their disposal” to incentivize managers, are missing a huge opportunity.

“The main lever is how people are compensated,” Khan says. “Management can make the rubric for how managers are rewarded and promoted. And part of that rubric is, you go to our corporate intranet and you achieve mastery of certain skills, and if you do that you get rewarded.”

The idea of measuring training behavior rather than training results doesn’t sit well with traditional learning professionals. But as I pointed out in a previous article, demonstrating a “training ROI” is often impossible because there are so many variables. More and more companies, including GE, have recognized the futility of correlating soft-skills training to business results. Instead, they’re measuring the behaviors that should logically lead to better results. Engaging in training activity is one such behavior, and it’s relatively easy to measure.

Learn to Lead with BSMPG at the CATAPULT Performance Directors Meeting 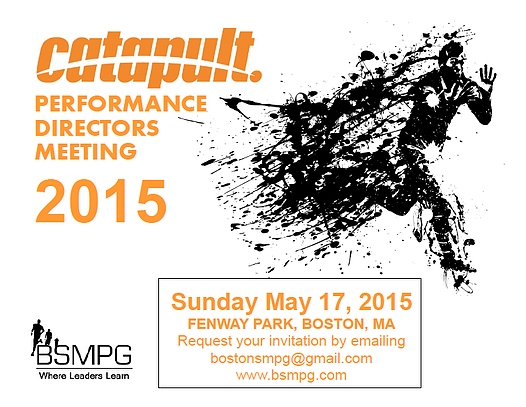