When did hard work go out of style?
When did squatting, pull-ups, and heavy sled pushes become bad for you?
Athletes now more than ever are always looking for a secret answer from above. Something to swoop down and give them the advantage that they need to become bigger, faster and stronger (as long as it doesn’t require actual work mind you).  Even in the athletic training room you’ll find it. Athletes would rather wear organic blueberry filled “pain patches” on their patellar tendons rather than complete an uncomfortable eccentric single leg squat program for their knee pain.
“I saw such and such pro-athlete use these/do this, it will help me too.”
Deus ex machina!

Even some strength coaches and athletic trainers have gotten into the mix. You’ll always know if your colleagues have gone to a course taught by a “guru” over the weekend.  Suddenly on Monday morning, every athlete needs this or can be treated with that.
Deus ex machina!

Literally translated, Deus ex machina means “God from the machine” and is used to describe the sudden and miraculous appearance of an unexpected way out of a very difficult situation.  In Roman and Greek plays, a “god” was lowered onto the stage via mechanical device to resolve a complicated situation in the plot. A divine intervention if you will.  A God sent from above to rescue you from your very poor predicament! Too good to be true, right?  But in modern Hollywood films and movies, this is frowned upon because it undermines the story’s internal logic… unless you are directing a silly comedy like Dumb and Dumber or Tommy Boy which requires a lack of logic and the more dues ex machina, the funnier it gets. 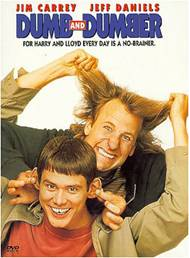 So this summer, as you prepare your off-season training programs, don’t let a guru who yells the loudest, or your athletes who just logged off youtube undermine your logic.  Let’s all agree to leave deus ex machina to those that that need it most, and get back to programming rehab and strength programs based off of sound evidence.  If a place as crazy as Hollywood understands this simply concept, we should too.