You ever walk into a old school barbershop?

You know the place, one or two barbers cutting the same high and tight crew cut they’ve been performing for the past 30 years, and just behind them a row of guys sitting and yuking it up. 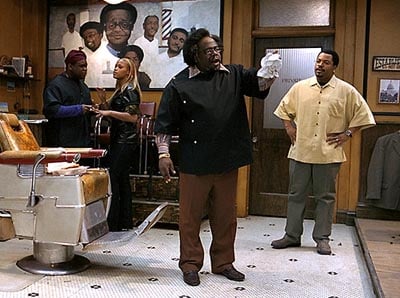 Everyone talking about what they’re going to do, what they did do, and how good they were when they were your age.  Everyone has a suggestion on how things should be run and how to do it better.

They’ll tell you what they’d do if they were president, the pope and even God. But then ask them to tell you what exactly they would do differently from what is currently being done; exactly, and in no uncertain terms and they often go silent.

Staff meetings are a lot like Barbershops. One guy who has been there forever, doing the same things the exact same way that they have always done it, trying to convince you that you need that high and tight fade, even though you just asked for a little bit off the top.  And around the meeting table, just like the barbershop, a whole lot of people making suggestions on how to make improvements but no one offering to own their suggestion and see it through.

“Who wants to research, develop and implement plan B that was suggested?”

If you can’t tell me exactly what you would like to see done differently compared to what is currently being done then you’re simply complaining.  Or as I like to say, you’re just talking Barbershop.

And no, I don't need that fade.