The Importance Of Seeing The Big Picture

See Alan Grodin at the 2012 BSMPG Summer Seminar as he discusses the importance of matching the appropriate intervention strategy to your patient's underlying pathology.  Learn why exercise and strengthening is not always the answer for a muscle testing weak, along with the appropriate interventions for the most common musculoskeletal pathologies. 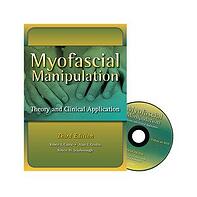 Topic: The Importance of Seeing the Big Picture: Choosing the Appropriate Intervention Strategy

As a licensed physical therapist, Alan’s career spans more than three decades. After spending his early years in a hospital setting and several years in mentorship under the industry’s pioneers, Alan formed the first Sovereign Rehabilitation's (SR) in 1982. After 12 years of significant growth, SR merged with a national rehabilitation company. Alan subsequently led that company’s most successful region .

After 13 years in the corporate rehabilitation environment, Alan decided to return to the ideals and operational environment afforded by private practice. Thus, SR was re-launched in 2007.

A member of the American Physical Therapy Association, Alan is extensively published, including a third-edition textbook. He is a sought after instructor and lecturer, who has taught courses throughout the United States as well as in Chile, Japan, and Iceland. Alan is also a longtime faculty member of University of St. Augustine, a premier physical and occupational therapy college.

Alan earned his bachelor’s degree in biology and anthropology from the State University of New York (SUNY) - Binghamton and his physical therapy degree from SUNY Downstate Medical Center. He has also completed kinesiology master’s work at New York University.

In a follow- up study performed by Tabery and Tardieu, muscle changes caused by prolonged active shortening were studied. Sciatic nerves of guinea pigs were stimulated for 12 hours in either the shortened or lengthened position. The muscles stimulated in the shortened range had a loss of 25% sarcomeres after only 12 hours of contraction. Sarcomeres were completely recovered in the muscles between 48 and 72 hours. The implication of these studies is that muscles passively shortened lose sarcomeres at a much slower pace than muscles actively shortened.

The clinical implication of these findings relates to the types of immbolization that occur in the practice setting. Immobilization may occur artificially (external or internal fixation), or as a physiological mechanism. In the clinical setting, immobility may be due to trauma, past or present. A good example is the whiplash injury, in which immobilization is caused intrinsically by the cervical and upper thoracic paravertebral muscles, the scapulothoracic muscles, and the shoulder girdle muscles. In many cases, the surrounding musculature remains tonically active long after the facet or ligamentous sprain-strain has healed. The body learns a new recruitment pattern for surrounding muscles, and this hypertonic pattern remains long after healing. The muscles are then actively “immobilized,” causing some of the histological changes mentioned above. Often, the most difficult part of the therapeutic process is dealing with this hypertonicity, which is secondary to the original injury." (page 52)