Is it a Placebo if it Works? 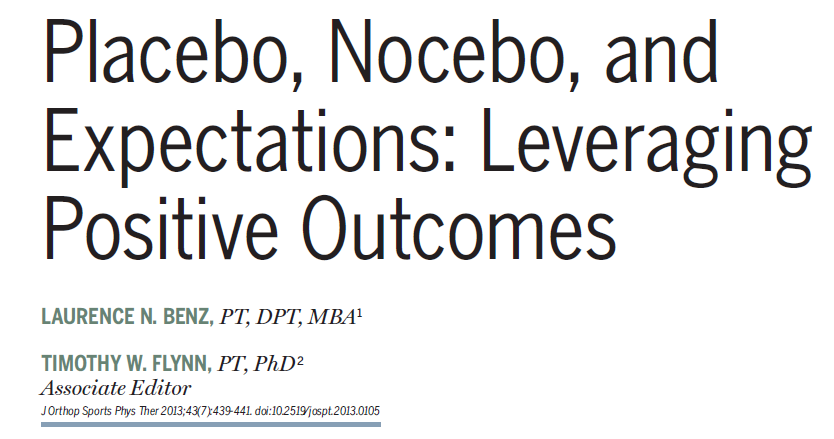 "In an experimental study designed in part to measure fear-avoidance behavior, 50 patients with chronic pain were randomly divided into 2 groups prior to performing a leg flexion test. One group was informed that the test could lead to a slight increase in pain, whereas the other group was told the test was painless. The patients who were told that there would be an increase in pain reported stronger pain and performed fewer leg flexion repetitions than those who received neutral instructions." 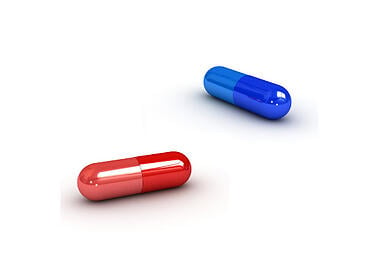 "Moerman and Jones have suggested thinking about placebo in a new and different way, a way that can help clinicians foster positive desired effects. They explain their contention by analyzing 2 fascinating studies. In the first, a group of medical students are asked to participate in a study of 2 new drugs, one a tranquilizer and the other a stimulant. Each student was given a packet containing either 1 or 2 blue or red tablets. The students were not told that all the tablets were inert and contained no medicine. After taking the tablets, the students' responses to a questionnaire indicated that the red tablets acted as stimulants, whereas the blue ones acted as depressants; taking 2 tablets had more effects than taking just 1. The students were not responding to the inert tables. Instead, they were responding to "meanings" in the experiment, specifically that red generally means up, hot, or danger, whereas the blue means down, cool, or quiet; and the 2 pills will be twice as strong as 1." 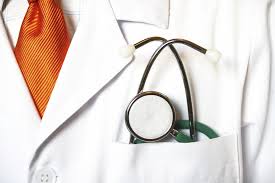 “The practice of medicine, including physical therapy, is infiltrated with meaning, from the vernacular of medical language to the tradition of dress, rituals, paperwork, waiting room, and formality, each of which can exert positive or negative influences on our patients. Furthermore, clinician mannerisms (enthusiastic or lukewarm) and language (positive or negative) impart meaning to the patient and can influence outcomes.” Flynn, p.440

Join Charlie Weingroff and other Leaders in Sports Medicine and Performance Oct. 25-27th for a seminar that will live forever!