BSMPG is proud to announce the addition of Ben Peterson as a speaker within the Sports Fusion Track at the 2013 BSMPG Summer Seminar - May 17th and 18th, 2013!  Ben joins legendary track coach Randall Huntingon and Ben Prentiss along with keynote speakers, Dr. Stuart McGill, Marco Cardinale, Fergus Connolly, Adriaan Louw and Marvin Chun for this weekend event.  With the most thorough and integrated speaker line-up ever assembled, the 2013 BSMPG Summer Seminar will be the WORLD'S most sought after Sports Medicine & Performance Seminar to date!! 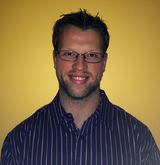 Topic: Repeated Sprint Ability: The metabolic and physiologic response to repeated sprint work and their implications for fatigue.

Ben is currently pursuing his Doctorate in Kinesiology and Exercise Physiology at the University of Minnesota. At the university he helps run the Sport Performance Lab, testing hundreds of athletes annually in sports ranging from cross-country skiing to football. In addition to his time in the lab, Ben helps teach two courses within the kinesiology department; Strength/Power Development and Health and Wellness. His research looks at repeated sprint ability in anaerobic athletes, specifically as it pertains to energy system efficiency and fatigue; looking at central and peripheral causes of decreased force production. His research also looks heavily at power and rate of force development in athletes and its dynamic correspondence and transferability to sport.

Ben is a graduate of Northwestern University where he played football for the Wildcats. He started his career as a performance coach working for the Minnesota Twins in 2008. Over the past five years, Ben’s passion and creativity have allowed him to work with over 100 professional athletes in the NHL, NFL, and MLB; helping them maximize the limits of their athletic potential. More recently, Ben co-Authored the book, Triphasic Training: A systematic approach to elite speed and explosive strength performance that explain the advanced training methods he uses to maximize force development and the scientific principles behind their implementation. When not teaching class or testing in the lab, Ben works as a consultant for Octagon Hockey, spending the NHL off-season working with their athletes in the Minneapolis area.

Chicken or the Egg by Mike Davis

There are various schools of thought concerning this question. Some believe that in order for one to exhibit mobility, proximal stability must take place to provide a foundation to support said movement. Some believe that without mobility there is nothing to stabilize. Thus, mobility must come before stability. Then there are others that reside within the various shades of grey of these two ideas.

While the concepts of stability and mobility have been around for some time, two prominent figures have been assigned as leaders of each: Shirley Sahrmann and Gray Cook.  Sahrmann believes that stability needs precede mobility.  Cook believes that mobility needs precede stability. The goal of this article is not to explore the differences of these approaches in an attempt to elevate one over the other, but to explore a common ground of which these two approaches can potentially become one.

A case for stability before mobility

It is much easier to shoot a cannon from a battleship than it is from a canoe. The battleship offers a stable platform from which the cannon can be mobilized/operated with success. The canoe offers little stability and therefore complicates the successful operation of the cannon. The body does not differ in this respect. It is widely accepted that proximal stability gives way to distal mobility. Nothing illustrates this better than watching a baby go through the process of developmental kinesiology.