BSMPG is proud to announce Dr. Rob Butler as a speaker within the popular Sports Medicine and Rehabilitation Track at the 2013 BSMPG Summer Seminar - May 17th and 18th, 2013!  Dr. Rob Butler joins Dr. Stuart McGill and Marco Cardinale for this weekend event.  With the greatest speaker line-up assembled to date, the 2013 BSMPG Summer Seminar will be the WORLD'S most sought after Sports Medicine & Performance Seminar to date!! 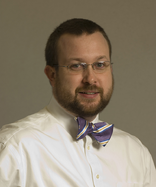